Welcome to the The Warm Heart of Africa

Part of Africa 's Great Rift Valley , Malawi is landlocked between Tanzania (to the north and east), Zambia (to the west) and Mozambique (to the south), covering nearly 118,500 square km (roughly the size of Pennsylvania ). The country is dominated by Lake Malawi , the third largest lake in Africa , which runs nearly the entire length of Malawi from North to South. In fact, nearly 20% of Malawi is its great lake. The Shire River flows out of Lake Malawi at the southern end, running in to Lakes Malombe and Chirwa and finally emptying in to the great Zambezi River in Mozambique .

Where have you been in Malawi? 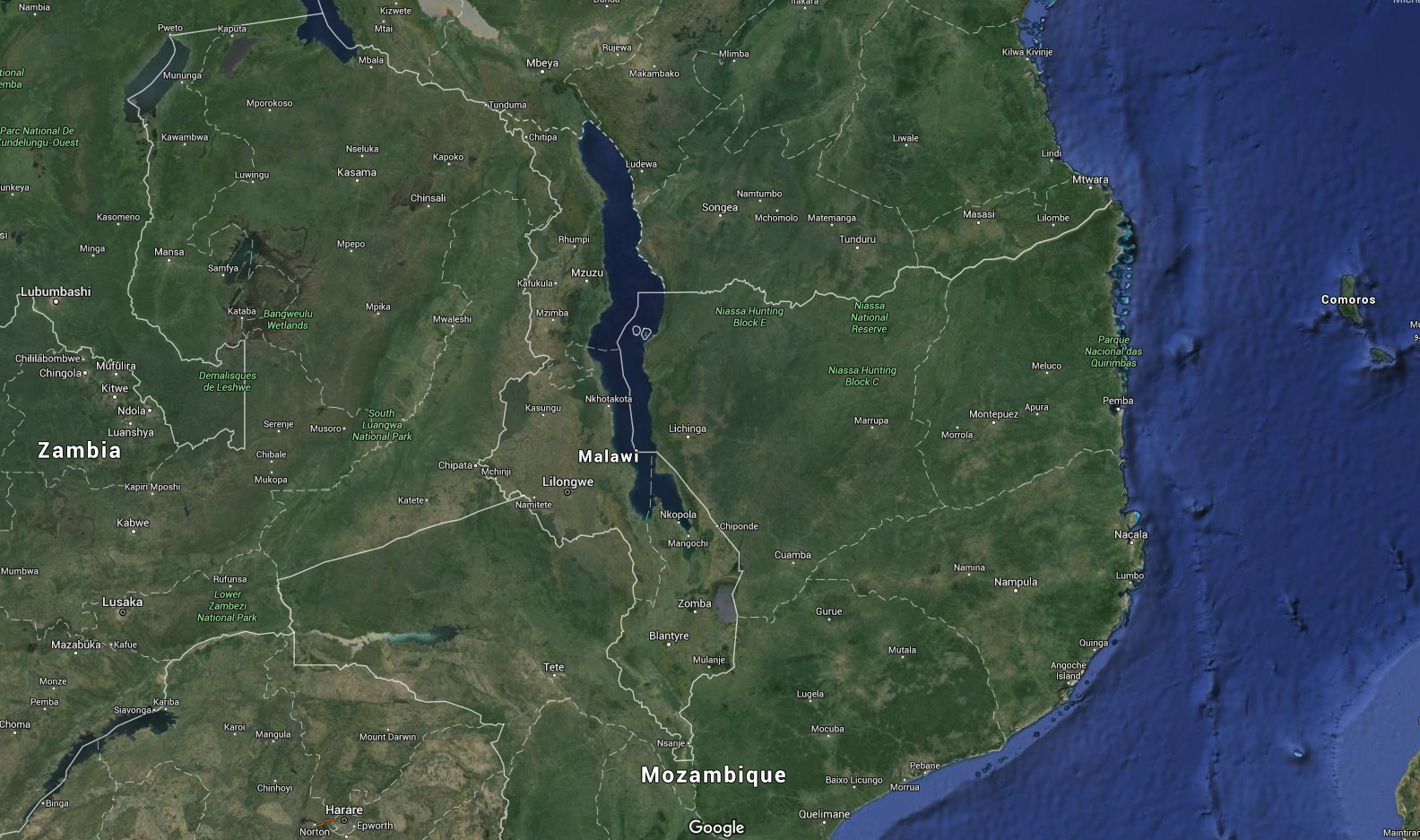 The three major languages in Malawi are Chichewa, Chitimbuka and Chiyao—all from the Bantu language group. Chichewa, the language of the Chewa tribe, is taught to all students in elementary school. Chitimbuka is the language of the northern-based Timbuka tribe, although some Timbuka along the lakeshore speak Chitonga. Chiyao is spoken by the Yao tribe, who reside along the southern lakeshore. (As you may have noticed, the language’s name derives from the tribe’s name plus the prefix “chi”—which means “language”). In addition, English is an official language and is widely spoken, especially in towns and major cities. Many other languages are spoken on a regional basis, most of them closely related to one of the three major languages.

"What makes Malawi music so special and deserving of greater interest is the way it has absorbed other influences into its musical traditions, making them their own." Nsima has become the “staple” food of Malawi, much like bread, rice, pasta or potatoes are in other cultures. Nsima is thick starchy porridge made from corn, cassava, or other starch flour. (for example, the corn flours in Malawi are ufa woyera and ufa ngaiwa. Ufa woyera is maize flour which has first had the outer kernel shell and seed germ pounded off, leaving just the starchy part of the seed. Ufa ngaiwa is the whole corn kernel). The nsima porridge is formed into hamburger-size patties by scooping the porridge with a wet wooden spoon and flipping it onto a plate. The patty congeals in contact with the cool wet spoon and plate. Marble size pieces are broken off and rolled into a ball in the palm of the hand with the fingers. A final dimple is pressed into one side of it. It is then dipped in ndiwo (the sauce of vegetables or meat).

4 to 6 cups cornmeal, corn flour, or ground maize (1 cup per serving is sufficient)

Another popular ndiwo. The leaves of the pumpkin vine are considered every bit as good as the pumpkin itself, and are ready to eat much sooner—an important consideration at the beginning of the harvest.